On November 13th, GitHub will ship a new feature called Actions — tight automation integrations that are available to all GitHub repositories, and can automate many software workflows.

I decided to try using Actions to build, test and deploy my blog. The first step was adding a workflow, which was pretty simple since it was already available as a starter workflow for Node.js apps. To do this, I clicked on the “Actions” tab on my repository page:

Then I clicked the “New Workflow” button:

Because my blog is a Node.js project, the first starter workflow it showed was exactly the one I needed for building and testing the code: 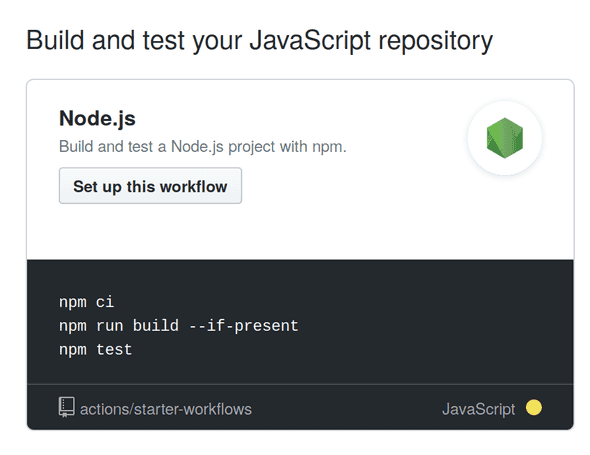 This starter created a file in my repo called .github/workflows/nodejs.yml. I adjusted some things like the versions of Node.js in the node-version strategy matrix, as well as the condition that the workflow would execute under (on push to the master branch):

Adding the Action for deploying with AWS

I use AWS to host and distribute my blog. Fortunately, there is a GitHub Action for that here.

These actions would be responsible for syncing the build with the s3 bucket that hosts the static content as well as invalidating the CDN cache on Cloudfront. To do this, I needed to create an IAM user on AWS that had a custom policy attached to it that would give it permission to do those two things. (some info here is intentionally left out.)

Once the user had the policy attached to it, I generated some credentials and then added them as secrets to the repository by clicking on the settings gear: 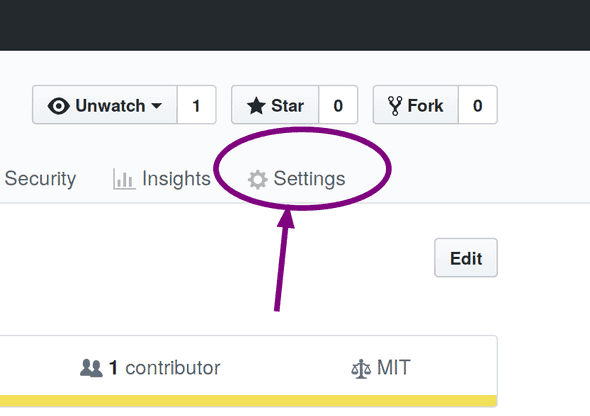 Then clicking on “Secrets”: 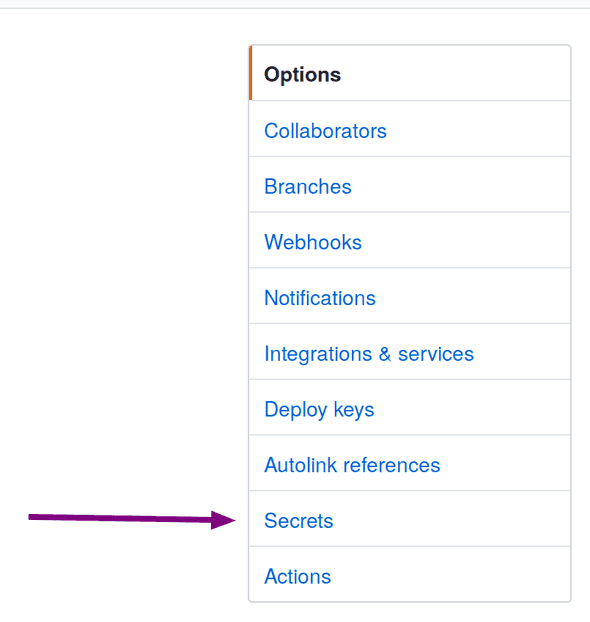 Then I was able to add the secrets using the dialog: 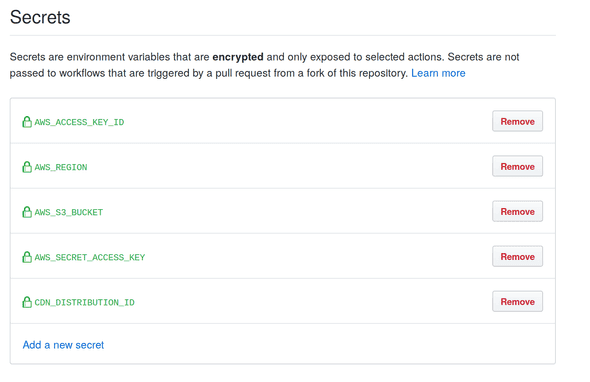 At this point, I needed to update the build job steps to include Deploying to S3 as well as Invalidating the Cloudfront Cache:

Now when I commit the code to the master branch and push to origin, the Action runs automatically. If you click on the Actions tab, you can see the console output of the actions in real time. In the case that the Action fails, GitHub will email you a notification to let you know. It is satisfying to watch the Action complete and display the green checks on the screen. If you want, you can add a badge to your README.md file that will show the current build status of a workflow: 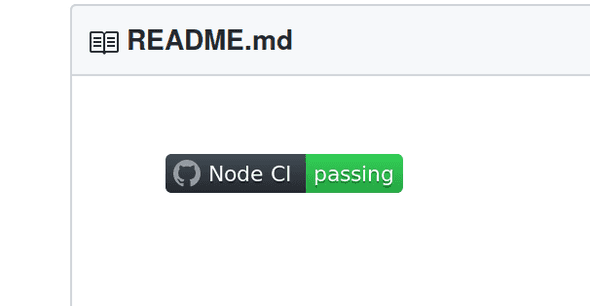 I like having automation available to me from within my repository on GitHub. This feature is free for all open-source projects so hopefully this will encourage more open-source development.